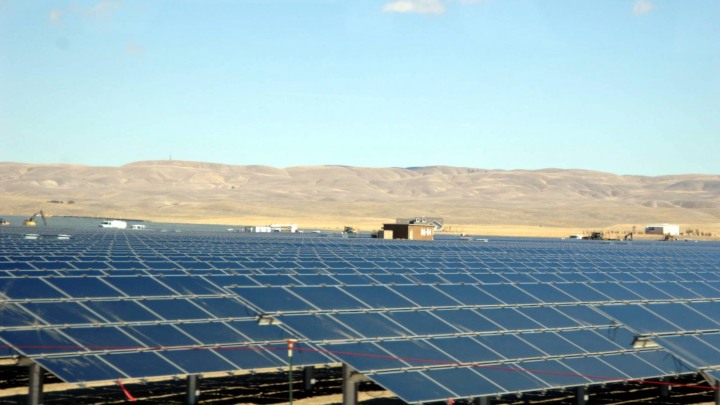 Topaz Solar Farm is one of the largest solar farms in the United States and has a nominal capacity of 550 megawatts (MWAC). The project involved the installation of 9 million CdTe solar modules. Cadmium Tellurium (CdTe) solar modules belong to thin-film solar technology.

The American solar panel manufacturer FirstSolar acquired the contract to design and manufacture solar panels from Austra in 2009. FirstSolar started the project in November 2011 and took three years to complete it.

Pacific Gas and Electric (PG&E), an American utility company, has contracted to buy solar power from the plant for 25 years under a power purchase agreement (PPA). Since California utilities had to mandatorily get 33% of their power from renewable energy, the project was promising for PG&E and a good investment for BHE Renewables. However, a major challenge came in early 2019. After facing multiple wildfire damages, PG&E filed bankruptcy. The plant survived and continues to power 160,000 average Californian homes.

Located in the Carrizo Plain, California, the site was chosen after thorough research. Many factors were considered, like solar irradiance, the proximity to the nearest electrical transmission lines, the environmental impact of the project, and land usage.

Spread across 4700 acres, the solar farm has a positive impact on the environment. With no emission, no waste production, and no water use, the photovoltaic system contributes a very small carbon footprint. Annual rainfall in the region is sufficient to clean the panels. The photovoltaic elements, cadmium and tellurium, are also recyclable.

The vegetation in the region provides dust control and grazing for animals.

The land is a part of previously distributed agricultural land. And after the operation of the project, the land will be restored to its original status.

The modules are ground-mounted and angled at 25°, and the tallest structure of the photovoltaic arrays reaches 5.5 feet high.

The solar park has added $417 million economic benefit to the region. The majority of it goes to the early projects. It includes $192 million for 400 construction jobs from 2012 to 2014, $52 million for local suppliers, $14 million in sales taxes before commissioning, and every year $400 thousand in property tax.

The renewable power generated displaces 377,000 tons of carbon dioxide from the atmosphere annually. It is equivalent to 73,000 cars displayed every year.

Further, we can see from the table below that the energy produced is always higher in the second and third quarters of the year than the other two. It’s because solar insolation touches its peaks at that portion of the year.

Where is Topaz Solar Farm located?

How long did it take to build Topaz Solar Farm?

How big is Topaz Solar Farm?

How many solar panels does Topaz Solar Farm have?

For How many households does Topaz Solar Farm provide energy?

How much power does Topaz Solar Farm generate today?

Solar Capacity Factor: Why It is Important?

Pros and Cons of Living Near a Solar Farm